Lay the cup onto the breast with the scale on the cup upward for the convenience of putting down the position of the nipple reaching to the cup. 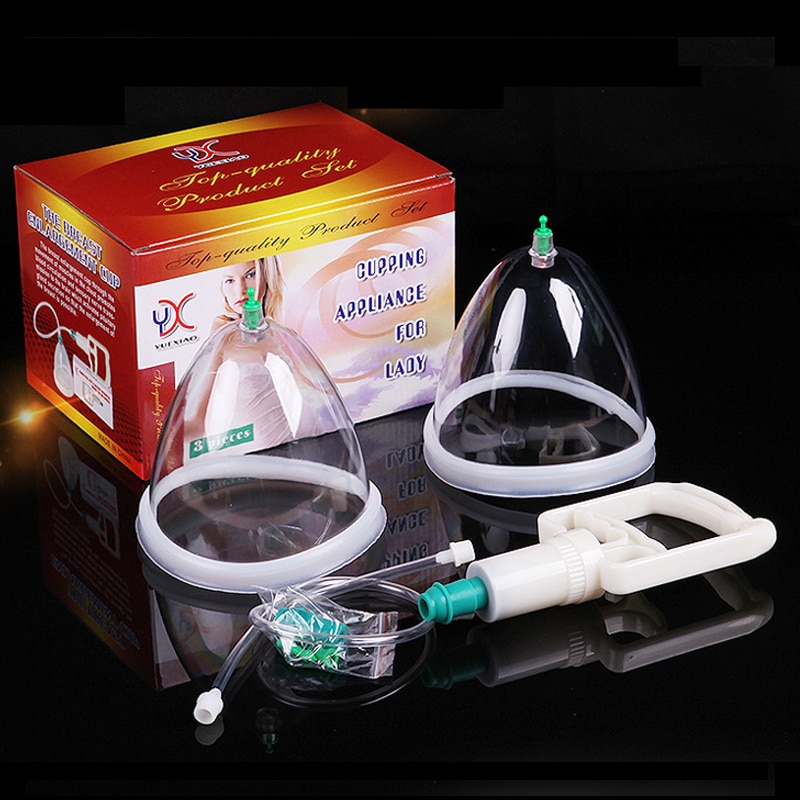 No need electricity. Safe and durable and portable use at home.
Extend hose including, it is very convenient to use.
Breast & Buttocks Enhancement treatment. 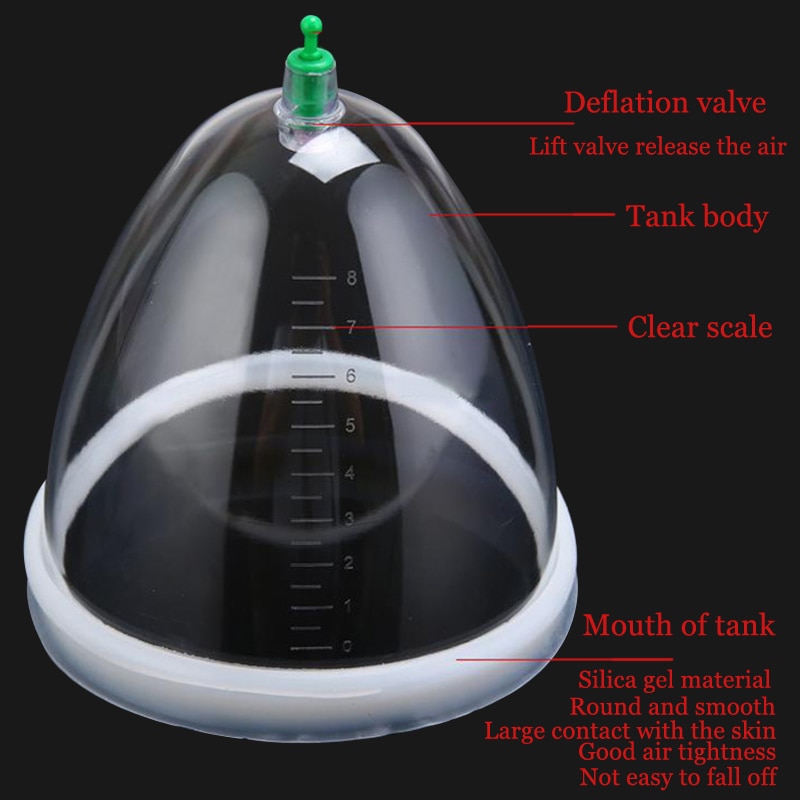 Cupping is the best deep tissue massage available.
With a good penetrating effect and a big drawing strength.
Improve the muscle immunity and function.
Easier to hand and safer to be used for self-treatment at home.
The product is composed of cup, suction pump, connector tube. Notice:
1. The breast enlargement cup is advised to be used individually, disinfected and kept clean so as to avoid infection and spreading of skin disorders.
2. Initially use small sized cup. After the breast is enlarged, use the larger sized one in order to enlarge the breast to satisfying dimension. 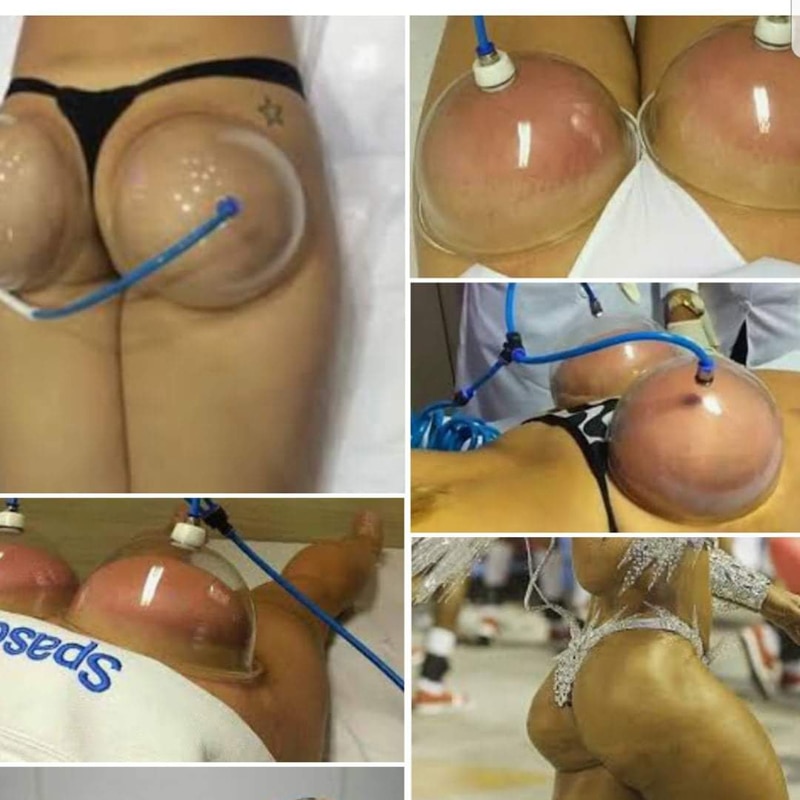 Application principle:
Breast and buttocks under growth, small and flat breast, breast atrophy and flabby after procreation, breast drop, breast are not symmetric, nipple pits, mass in the breast.
Describe of female cupping kit:
The breast and butt enlargement cup through improving the movement of muscles in the chest promotes blood circulation and sensory nerve transmission to the brain which activates pituitary gland secretion so that the enlargement of the breast is possible. 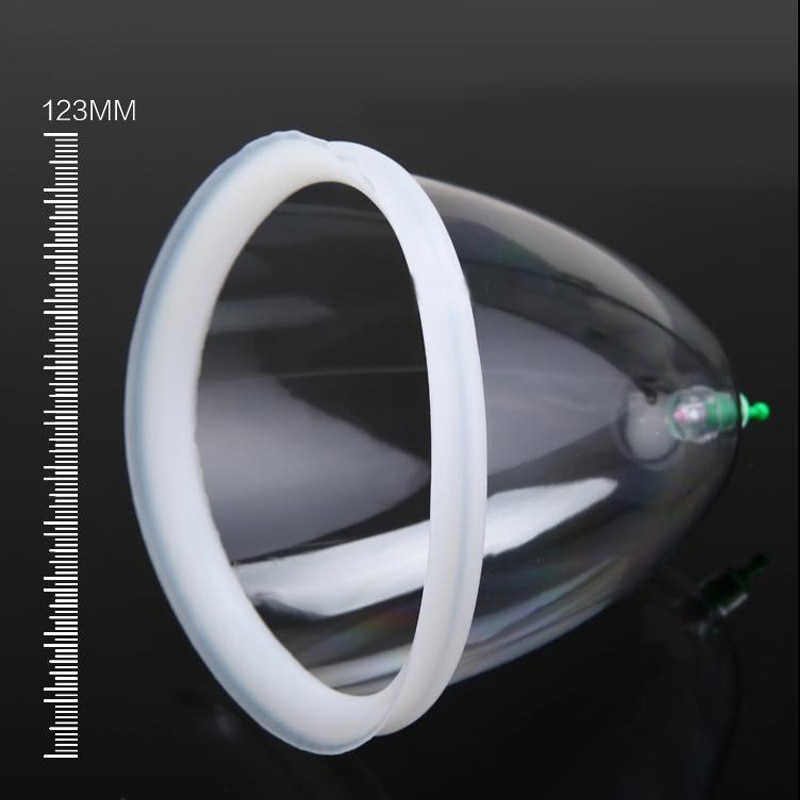 Select a proper sized breast enlargement cup and wipe it clean ,put it to the rubber sealing cushion and link the cup and the vacuum gun with the connecting tube. 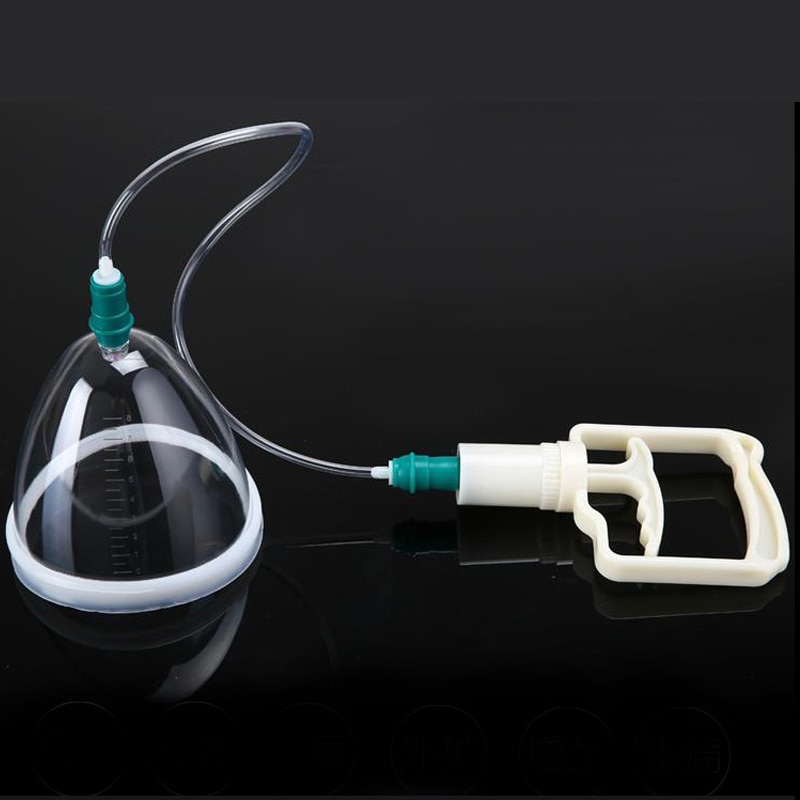 Hold the cup which is on the breast with one hand and use the other hard pulling the lever of the gun to withdraw the air inside the cup so as to cause negative pressure of the cup, which may enlarge the breast some 2cm.
Disconnect the cup and the connecting tube, gently lift the position located on the top of the cup to let air fill the cup. 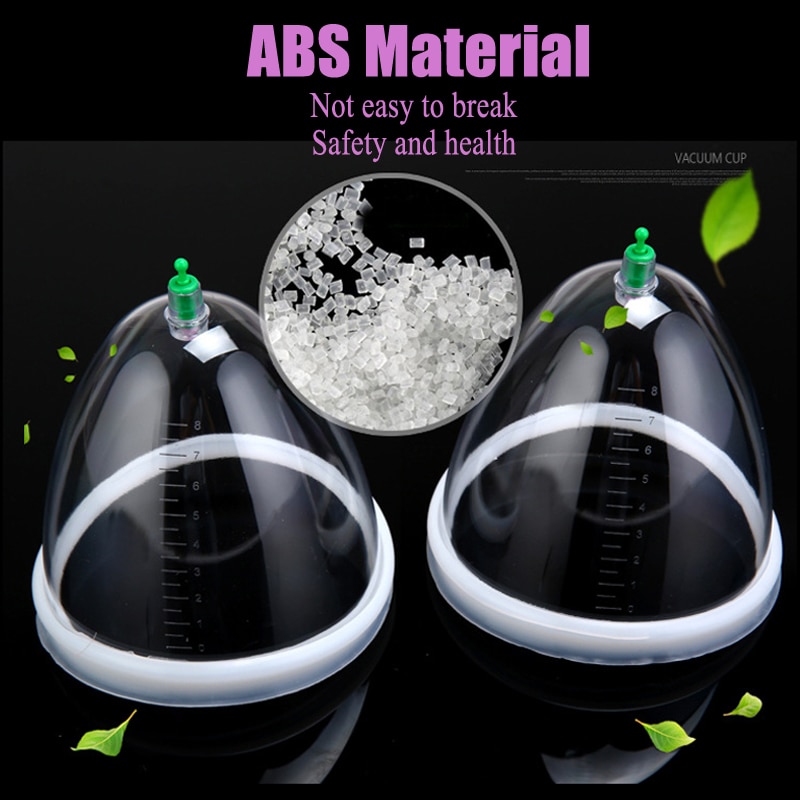 At the moment, the pressure inside the cup and outside the cup is equal, the cup would fall off the breast spontaneously and the breast resumes to the normal state, then put the cup onto the breast again, and withdraw the air. 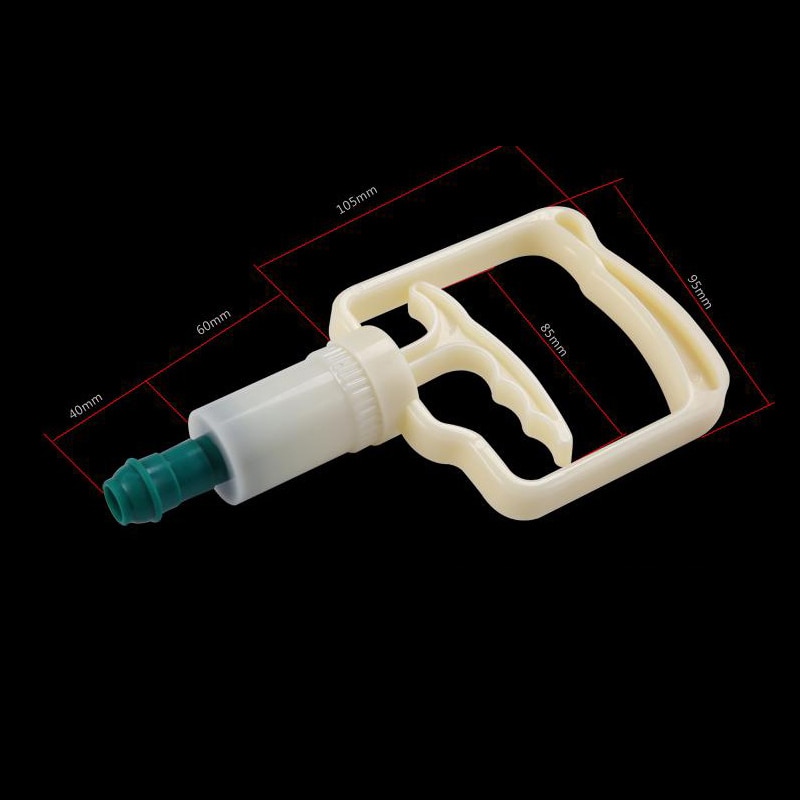 The breast enlarges once more, Repeat the procedure which moves the muscle and benefits blood circulation for 15minutes on each breast. Apply the treatment twice per day, in the morning and in the evening.